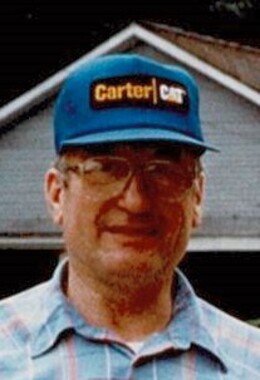 Back to Walter's story

Walter Anderson Boyer, Jr., 84, of Power House Road, Gary, WV, passed away on Saturday, December 7, 2019 at the McDowell Nursing and Rehab. in Gary.
Born on July 17, 1935 in Elbert, WV, he was a son of the late Walter Anderson Boyer, Sr. and Susie Ann David Boyer. He had been a lifelong resident of Gary. He was a veteran of the US Army and was a member of the Welch VFW. He was a retired coal miner and was a member of the UMWA.
In addition to his parents, he was preceded in death by his brothers, Haley, Calvin, Richard, Wayne, and Lonnie Boyer; sister, Sandra Elaine Boyer Lane; and a special friend, Pauline Morgan.
Survivors include a niece whom he raised, Carla Jane (Greg) Roope of Filbert, WV; two special great nieces, Stephanie (Michael) Carbaugh of Welch, WV, and Beth (Adam) Baker of Denton, NC; sister in law, Elizabeth Boyer of Elbert; and many nieces and nephews.
Funeral services will be conducted on Tuesday, December 10, 2019 at 10:30 AM at the Cravens-Shires Funeral Home Chapel in Bluewell with Rev. Tom Morsi officiating. Burial will follow at Woodlawn Memorial Park in Bluewell with friends and family serving as pallbearers.
Friends may call on Tuesday from 9:30-10:30 AM at the funeral home.
Online condolences will be accepted at www.cravens-shires.com.
Cravens-Shires Funeral Home in Bluewell is serving the Boyer family.
Published on December 9, 2019
To plant a tree in memory of Walter Anderson Boyer, Jr., please visit Tribute Store.

Plant a tree in memory
of Walter

A place to share condolences and memories.
The guestbook expires on March 08, 2020.