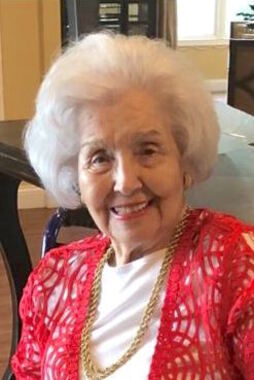 Back to Gertrude's story

Gertrude "Gertie" Snidow and her beautiful smile and loving presence passed away from this earth on February 22, 2020 at 6:00 AM.
All who knew her were richly blessed by her long and fruitful life of 93 years and now, through the grace and mercy of our Lord Jesus Christ, she joins her heavenly father, and beloved husband Jim, in eternal paradise.
Nancy Gertrude Crute Snidow was born on June 28, 1926 in Scottsburg, Halifax County, Virginia and moved with her family to the coal fields of southern West Virginia when she was one year old. When she was fourteen years of age, Gertie's family moved to Princeton, West Virginia where she resided for all of her adult life until moving to Knoxville, Tennessee in 2015. Gertie was a 1944 graduate of Princeton High School and earned a BS degree in Education from Concord College (University). While in college, Gertie met and married the one true love of her life, James Edward "Jim" Snidow, in 1947 and they enjoyed an exceptionally long and loving marriage until Jim's death in 2009. Gertie taught school for two years before taking on the full-time job of raising her family. Gertie loved the Lord and was an active and lifelong member of the First Baptist Church where she served in numerous roles including Sunday school teacher for 45 years, women's circle member, and Vacation Bible School leader.
Over the years, Gertie also enjoyed many civic and social activities including garden clubs, bridge clubs, dance clubs, and local style shows. She was a devoted wife; wonderful mother, grandmother and great-grandmother; exceptional role-model; and an excellent cook and homemaker. She loved to be active - walking, swimming, water skiing, and playing tennis and golf. And she delighted in fashion - especially "wacky" hats (according to her children). Gertie had a great sense of humor and was a true extrovert; she loved being with people and she truly loved her family and friends.
Gertie was predeceased by her parents, Herbert Joseph and Susie Ora Dance Crute, and her brothers, William T. "Bill" Crute and Herbert D. "Don" Crute.
She is survived by her three children and their families, James Bradford "Brad" and Linda Graham Snidow of Simpsonville, South Carolina; Jack and Nancy Snidow Magiera of Cary, North Carolina and their daughter and her family, Nathan and Ashley Magiera Bridges and their children Austin James and Knox Michael of Mount Pleasant, South Carolina; Dr. John and MaryAnn Murray Snidow and their daughter, Carly Elizabeth, of Knoxville, Tennessee and their son and his family, John James and Rachel Snidow and their daughter, Susanna Grace, of Arlington, Virginia. Gertrude is also survived by her sister-in-law Jeanette Snidow Green of Richmond, Virginia and her children and their families, Bill Green of Charlotte, North Carolina; Randy and Holly Green Johnson of Stafford, Virginia and their children; Art and Hope Green Dornik of Richmond, Virginia and their children.
Surviving nieces and nephews include Dr. Conley Trigg and Jordan Snidow of Richmond, Virginia and their children; Anne Snidow Stewart and her wife Diane Delrosso of Sante Fe, New Mexico; Tom and Carolyn Snidow Leonard of Wilmington, North Carolina and their children; Paul and Libby Snidow Gross of Atlanta, Georgia and their children; Dr. Robert and Sheila Snidow of Princeton, West Virginia and their children; Bill and Donna Crute of Maurertown, Virginia and their children; David and Gina Bates of Houston, Texas; (the late) Barbara Crute Molitoris' son Taylor of Alpharetta, Georgia; and Paul Crute of Plano, Texas and his children.
Extended family members, who adopted, loved and truly cared for Gertrude as if she were their own mother, include Dennis and Maureen Murray Adams of Loudon, Tennessee and their son and his family, and Bill and Marsha Murray Whitehouse of Loudon, Tennessee and their daughter and her family.
The family wishes to thank Gertie's friends in the Princeton community and the members of the First Baptist Church who continued to care, support and reach out to her after she moved to Knoxville. We also wish to thank Gertie's Knoxville friends and the nurses and caregivers of the Autumn Care Assisted Living Facility in West Knoxville, who cared for her with friendship and love and made every effort to make her as comfortable as humanly possible during her last few years of declining health.
Funeral services to celebrate the life of Gertie will be conducted on Thursday, February 27th at 11:00 AM at the First Baptist Church, 1116 Mercer Street, Princeton, West Virginia with Craig Stout officiating. Burial will follow in Oakwood Park Cemetery in Princeton. Friends may call at Seaver Funeral Home, 1507 North Walker Street, Princeton, on Wednesday evening, February 26th from 6 - 8 PM.
Memorial contributions may be made to the First Baptist Church Building Fund, 1116 Mercer Street, Princeton, WV.
Online condolences may be made by visiting www.seaverfuneralservice.com. Seaver Funeral Home in Princeton is serving the Snidow family.
Published on February 25, 2020
To plant a tree in memory of Gertrude "Gertie" Snidow, please visit Tribute Store.

Plant a tree in memory
of Gertrude

A place to share condolences and memories.
The guestbook expires on May 25, 2020. 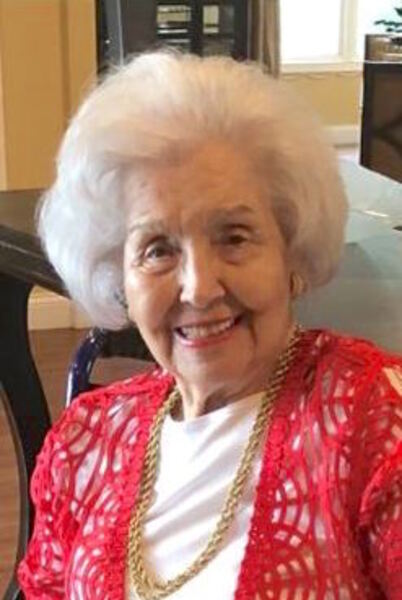