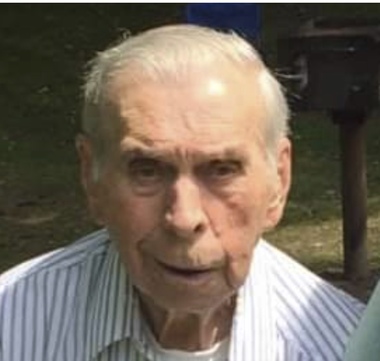 Back to Emery's story

Emery Isaac Cantrell, 89, of Princeton, WV, passed from this life March 21 from a long illness into the loving embrace of his beloved Savior, Jesus Christ. Born in Paynesville, he was the eldest child of Mathias Jesse Cantrell and Nancy Vance Cantrell. In addition to his parents, he was preceded in death by his first wife, Lillie Payne Cantrell and his second wife and mother of his sons, Agnes Payne Cantrell; his brother Jimmie Lee, his sister Vicy, and his brother Wilson Elmer, his step-mother Lucy Addair Cantrell, his step-brothers Preston Mullins and Nabert Mullins, and one great-grandchild. He is survived by two sons, Danny Cantrell and his wife, Connie, of Culloden, West Virginia and Bobby Cantrell and his wife, Trish, of Florida, eight grandchildren, and twenty-two great-grandchildren; his sisters Sylvia Marie Mullins, Mattie Elizabeth Church, and Jean Waters, two brothers, John Samuel Cantrell and William Wallace Cantrell, and one step-brother, Van Mullins.
He graduated from Iaeger High School in 1951, worked in the underground coal mines in McDowell County, and served as an US Army prison guard from 1952-1955. He was a life-long member of the Bradshaw, WV Detachment of the American Legion, He built bridges, a dam, and several block buildings at Panther State Park. He served as forest ranger of McDowell County from 1963 to 1970 and was Supervisor of Reclamation for four of six divisions of southern West Virginia for the WV Department of Energy. He was known for being fair with industry while still enforcing state regulations. He retired in 1988 and was honored as a Distinguished West Virginian by Governor Arch A. Moore on December 31, 1988.
He was a hard worker on the family farm since early childhood during the Depression. He had a lifelong love of bee-keeping, hunting, gardening, tree-pruning, and enjoyed making wine from the grapes in his home vineyard. He taught himself to use a road grader as a teenager, and loved operating bulldozers. He was an avid watcher of the Weather Channel and Fox News. He greatly enjoyed attending both the Cantrell and Vance Family Reunions. He was a devoted member of Harbor Light Baptist Church after becoming a Christian in the early 1990s. He read the entire New Testament 43 times and the Old Testament 21 times. His graveside service will be delivered by his pastor and dear friend Robert G. Lane at Roselawn Cemetery in a private family only ceremony. Due to the ongoing coronavirus, the service will be limited to family, with a larger life celebration to be held at a later date.
Published on March 23, 2020
To plant a tree in memory of Emery Isaac Cantrell, please visit Tribute Store.

Plant a tree in memory
of Emery

A place to share condolences and memories.
The guestbook expires on June 21, 2020.

I had the privilege of being Emery's secretary for the Department of Energy in Welch, WV for nine years before relocating to Roanoke, VA. I can truthfully say that he was a pleasure to work for. I admired the honesty and respect he always showed his employees. It was a pleasure visiting with Emery and Agnes on several occasions when I had the opportunity to go back home to my beloved WV. He will definitely brighten the streets of heaven.

Joe Buckberry
Condolences to his family. He was a special man to all who knew him.
View all