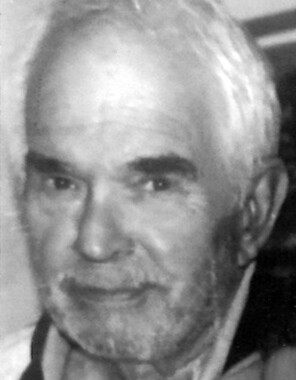 Back to Bill's story

Bill Marshall O'Neal, 89, died Monday, January 6th, 2020 at St. Mary's Medical Center in Huntington, WV. Bill was born February 5th, 1930 in Kalarney, (Raleigh County) WV. He is the son of the late Boyd and Rheda O'Neal. Bill is preceded in death by his beloved wife of forty-nine years Nancy Pendleton O'Neal, his sons Gary O'Neal, Casey O'Neal, and Riley O'Neal, his two sisters Dot and Francis, and five brothers Dee, Larry, Perry, Jim, and John. Mr. O'Neal was a kind and caring man. He went above and beyond for everyone; Bill knew no stranger. However, he had quite an ornery side, and true to this side, at the age of 14, Bill lied about his age and enlisted in the US Army during World War II. After serving in the Army he attended Morris Harvey University where he earned a BS in political science. After college he enlisted in the United States Air Force during the Korean War. He then served on the health council and the coal miner health and safety program. He did the field work all over PA, KY, and WV for the coal miner health and safety program. His work led to the coal workers pneumoconiosis act that certified that coal dust alone caused a catastrophic lung disease. It tightened control on coal dust to prevent the disease and reparations to those who suffered from exposure. Bill was also a self-made entrepreneur owning multiple businesses and being a very successful bookie. Bill is survived by his daughter Christy O'Neal Hedrick and son-in-law David Hedrick of Barboursville, WV and his darling grandchildren Isabella Hedrick, Savannah Hedrick, Alexandria Hedrick, Dalton Hedrick, Shane O'Neal, and Brandy O'Neal, and his many great friends Sonny Wells, Lloyd Hall, and Sam Perdue. Bill was spontaneous and a devoted family man. Bill lived life to the fullest in every aspect. Mr. O'Neal is now at peace and will be dearly missed. He will continue to live on in those he is survived by and those whose lives he impacted. By Bill's request, he will be cremated, and there will be no services. Online condolences may be expressed to the family at www.timeformemorycom/wallace.
Published on January 11, 2020
To send flowers to the family of Bill Marshall O'Neal, please visit Tribute Store.

Send flowers
in memory of Bill

A place to share condolences and memories.
The guestbook expires on April 10, 2020.